Not only was May 5, 2012, Derby Day at Churchill Downs, and Cinco de Mayo for Mexicans, the evening brought us the so-called “Super Moon” in all its full glory.

This moon appeared 14% larger than other full moons you’ll see in 2012, and 30% brighter. Scientists call it a “perigee” moon because of its proximity to Earth. Apogee occurs when the moon is farthest away from our planet, and perigee occurs when it is nearest. The moon was as close to Earth as it will be for some time, a mere 221,000 miles away! Ha. Ha. Right around the corner if I owned one of those now-grounded Space Shuttles.

Having just moved to back Vail, I saw this as a photo opportunity I’d better not miss. I pondered various locations that might provide a good foreground profile for the images. I wanted the moon to rise directly over the majestic, jagged Gore Range east of Vail, but had no idea where or exactly when it would rise over the mountains.

At dusk, I ventured up a dirt road on Vail Mountain in my car to a regular and trusted overlook and photographic vantage point. Interestingly, it was the same path I skied down on my final run of the season just 3 weeks ago. I couldn’t help but notice the irony as I drove down the trail a few minutes later.

As I arrived at the spot, a woman in a parked car waved at me to stop. I sensed she was observing some wildlife. I turned off my headlights and engine, glanced to my left, and by golly, here come two fuzzy, clumsy moose calves skipping playfully across the grassy ski trail in front of us. What a completely unexpected treat! If I didn’t capture the moon shots, I was content to know that just trying got me out on the mountain to enjoy this gratifying wildlife experience.

After 30 minutes, I sensed that the moon would be rising far south of the Gore Range, so I left this location, drove down into Vail Village and up a road on the north side of the valley. After seeing yet more wildlife–a fox in the middle of the dirt road–I saw that the sky was generally clear, except for some obscuring cloud banks on the eastern horizon over the Gore Range and Vail Mountain. I realized I would not get the shots I was hoping for. Not in this area of Colorado at this time.

Disappointed, I drove back home.

Twenty minutes later, as I ventured back out to join a friend for some Cinco de Mayo celebrating, I spied a bright glow over the mountainside directly to the south of my West Vail condo. Here comes that full Super Moon after all, in a place with no major clouds. It couldn’t get any easier than this! I set up my tripod and camera smack dab in the condo parking lot and grabbed a few good shots. 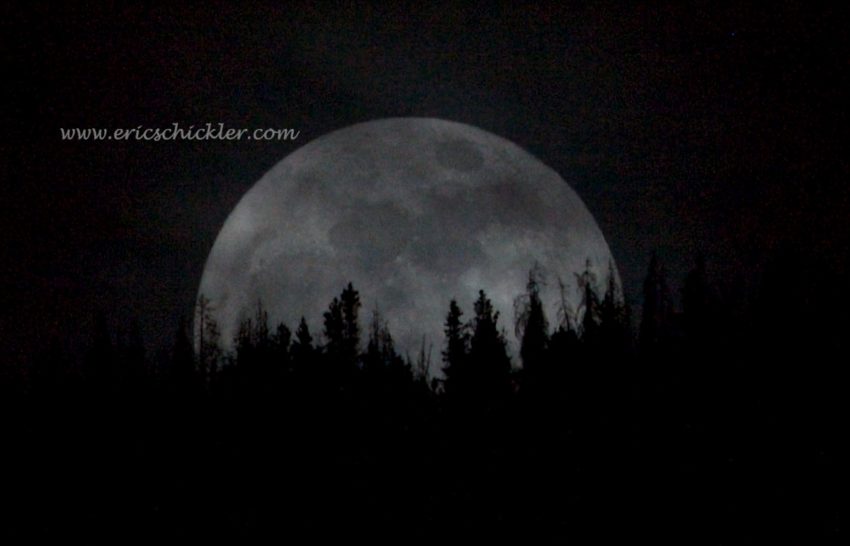 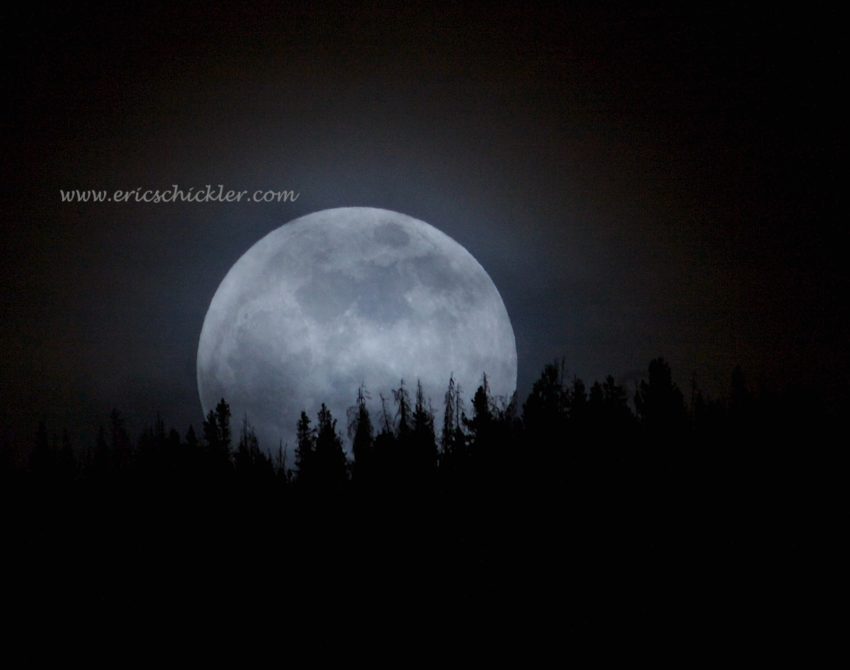 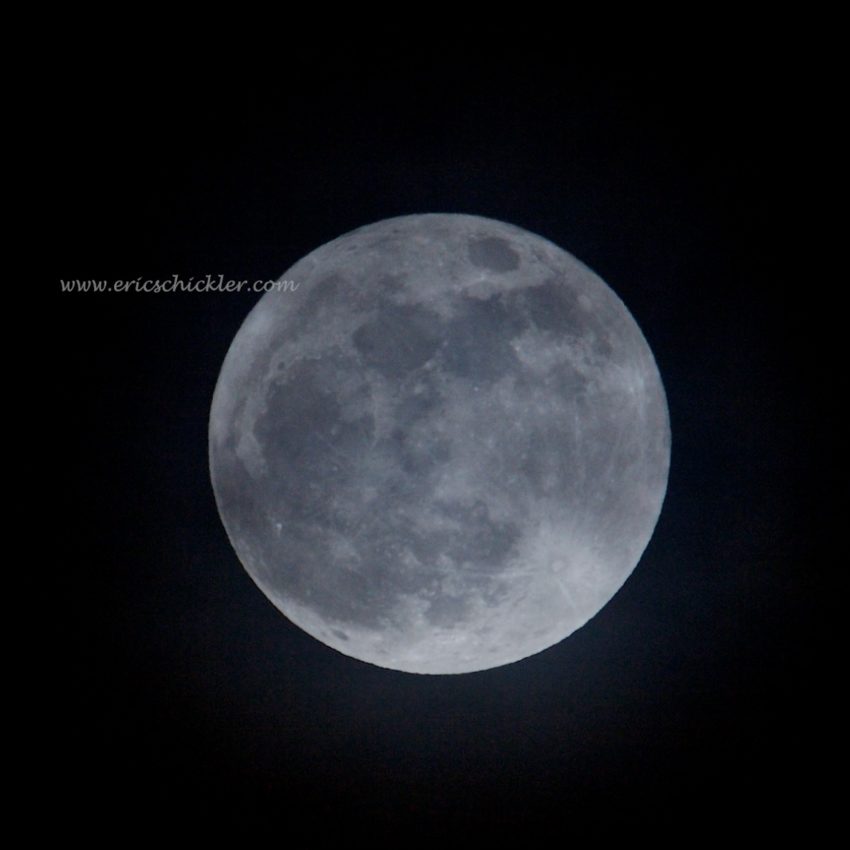