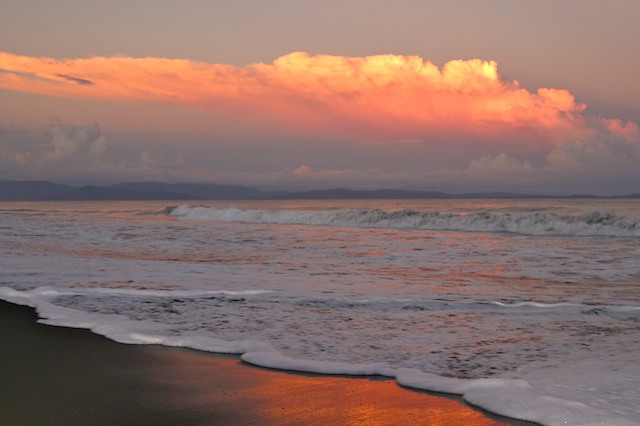 It’s the most common expression heard in Costa Rica.

But like many expressions, it goes well beyond the literal, and can also mean:

After my trip there, I might add these to the equation:

“Can I stay forever?”

and, “Where can I buy a place around here?”

Well, you get the idea.

Many visitors view the phrase as an expression of an easy-go-lucky lifestyle, great friendliness, and a laid-back attitude toward time. 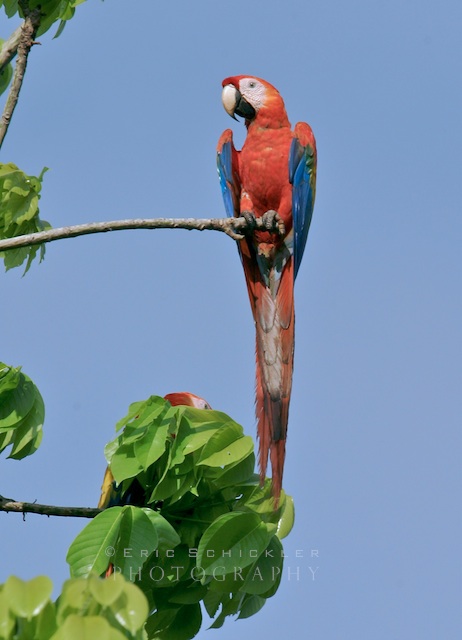 Residents translate it as “strong community, perseverance, enjoying life at a leisurely pace and celebrating all good fortune.”

In James Hilton’s novel, Lost Horizon, the imaginary city of Shangri-La was an earthly utopia, a paradise, an endlessly happy land, removed from the outside world.

Its inhabitants were said to be almost immortal, barely showing any signs of aging and enjoying very lengthy lives.

I had the good fortune to visit this Shangri-La once. Since that memorable vacation, tropical daydreams are common, usually triggered while viewing my Costa Rica photo library. But I’m nearing the maximum-views-allowed limit for these images. I can’t stand it much longer. We all know photos are great souvenirs, but they don’t do the land of enchantment much justice. I desperately need a follow-up Pura Vida fix, and a new library of photos.

To temporarily satisfy my appetite, to buy some time until I go again, I added adventure stories, background information and commentary to the photos, creating this detailed travelogue. I view this document as a long-needed bookend for that first voyage, and a first step in planning my next trip to this trend-setting Central American nation.

It’s a place with a unique history, a flourishing present and a very promising future. And I definitely see a few more visits there in my future.

If you are lucky enough to make a visit, heed this warning: You may forever be haunted by its magic, magnetism and psychic influence. You will never look at where you currently live the same way. I live in a spectacularly beautiful place in the Unites States—Colorado. You’d think I’d count my blessings.

Yet the breezes of Costa Rica still swirl around me, tempting me to leave the mountains and return to the Rich Coast. I’m just not sure what the length of my next visit will be. Let’s just say, that decision is still up in the air.

Costa Rica Through Time and the Tico People

Costa Rica was populated for thousands of years by North American Aztecs and South American Incas. 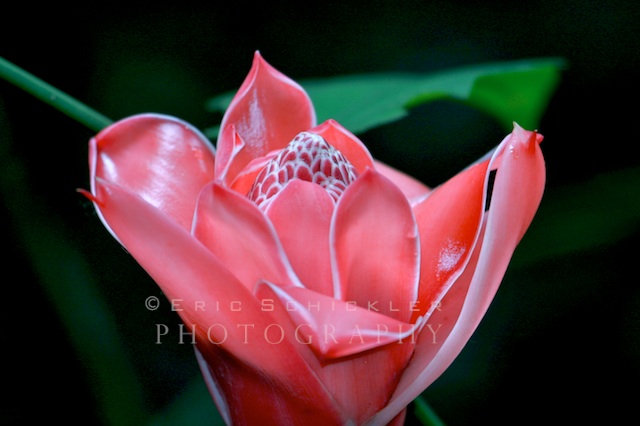 Christopher Columbus’s fourth and final expedition to the New World in 1502 brought him to Central America and what is today the Republic of Costa Rica. He called the area “The Rich Coast,” after the precious metals he believed were plentiful there. That abundance, however, did not materialize.

But starting in 1522, a long period of Spanish conquest and settlement began. Costa Rica became valuable for its agricultural bounties.

Over the next 300 years, there was a tragic reduction of the indigenous population, cutting it from a half million to just 2,000.

Both the Nahuatl and Chibcha cultures were basically eliminated by diseases (primarily smallpox) and mistreatment by the Spaniards.

Sadly, people who descended from those indigenous tribes represent just 1% of the population today, a mere 30,000 people.

Because the epicenters of Spain’s trade operations during colonial times were in Mexico, Guatemala City and in the Andes Mountain regions of S. America, Costa Rica’s great distance made trade routes difficult to establish. The area was therefore largely ignored by the Monarchy of Spain and was left to develop on its own.

While this allowed Costa Rica a level of autonomy, it also contributed to its poverty. It was also instrumental in helping it develop its own egalitarian society, free of a ruling class vs. oppressed class system that resulted in other nearby Spanish colonies. Wealth generated from coffee and banana cultivation was a driving force in creating these wide class variations.

During the next 15 years, provincial border disputes and conflicts are numerous, and the Federation collapses.

1948 – A presidential election won by challenger Otilio Ulate was disputed by the incumbent, Rafael Ãngel Calderon, who refused to cede power. This led to a public revolt, a bloody 44-day civil war and 2,000 deaths. The uprising was led by Jose Figueres, (known as Don Pepe to Ticos) and resulted in a victory for democracy, a new constitution, voting rights for all adults (incl. women and blacks), and elimination of the military.

Figueres became a national hero and became the provisional president for 18 months, after which he handed over rule to Ulate, the rightful winner of the election.

Figueres then won the presidency in 1953 and again in 1970. He is considered the most important political figure in Costa Rica’s history.

Imagine a nation that has overcome the ravages of Spanish conquest, decimating disease, slavery, border conflicts and civil wars, and today sees no need to keep a standing army?

How could this country of four million people also become an envied model of simplistic, nature-loving, health-oriented and content living?

The local people, known for their festive and gregarious nature, call themselves Ticos, and still take great pride in their cultural heritage. They have a passion for dance, celebration and music. 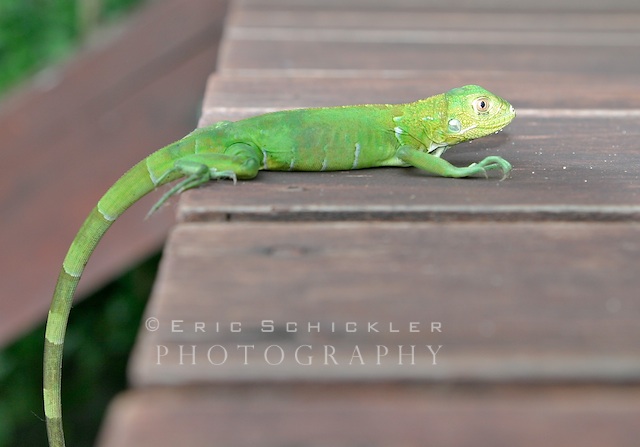 The population is a varied and robust mix of peoples:  Mestizos (Spanish/American Indian), Afro-Caribbeans, Spanish descendants, indigenous Indians, and the modern-day influx of North Americans, Asians and Europeans. Nearly 12% of the population is Nicaraguan.

Today, most Costa Ricans describe themselves as white, the result of Spanish/European influence. However, natives maintain a strong connection to their Tico heritage.

The expression “Tico at heart,” “Muy Tico,” doing things “a la Tico” or “the Tico way,” are all common expressions of Tico pride. The Pura Vida concept is also an extension of the Tico attitude toward time, conflict with others and the word “no.” Costa Ricans like to talk and act with a bit of conciliatory ambivalence. They don’t like conflict. They prefer to speak softly. 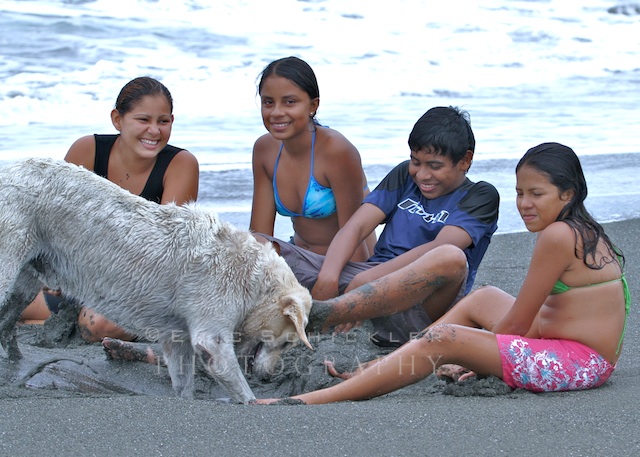 “Yes” is much more preferred over “no.”  Answers to difficult, contentious or negative questions will elicit replies like “more or less,” “maybe,” “possibly.” Sometimes, Ticos will say “yes” even when they mean “no” or “I’m not sure.” This confounds many tourists, but sure sounds like a perfect place to meet women.

Following in this wake is the concept of “Tico time.”  Pura Vida is casual, and so is Tico time. There’s no rush. No urgency. Time moves slowly here. However, the pressures of participating in a modern global economy, and running tourism businesses, have slowly eroded adherence to Tico time mentality. But it is still common in personal interaction and affairs.

A Society Worth Emulating

Since 1949, when Costa Rica abolished its military, it has impressed peace-loving and environmentally conscious nations with its governmental support for public education, healthcare and land preservation.

It has often been called the “Switzerland of the Americas.” 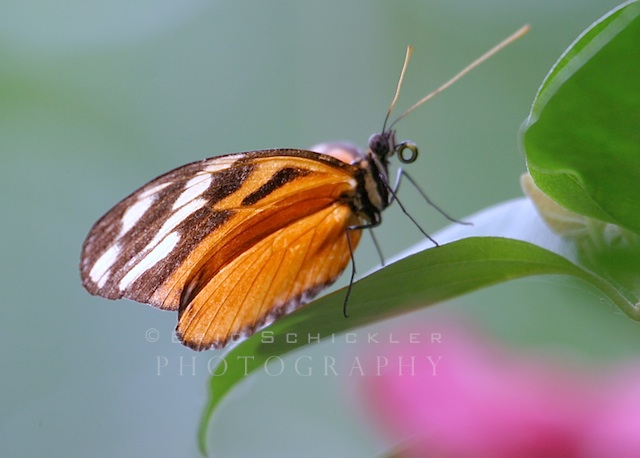 More than 25% of their lands are protected from development (one of the highest worldwide). Their literacy rate is an astounding 95%! The infant mortality rate is the best in all of Latin America. Life expectancy: 79 years. Its energy production is well on its way to becoming carbon-neutral

The International Environmental Performance Index ranks Costa Rica #1 in the Western Hemisphere and #3 in the entire world.

Costa Rica ranks #1 in the entire world in the Happy Planet Index.

It is a nation that has attained much higher human development than other countries at the same per capita income levels, according to the United Nations Development Program.

Its land, roughly the size of West Virginia, represents a mere 0.03% of the world’s landmass, yet it harbors nearly 4% of all plant and animal species—more than 500,000! 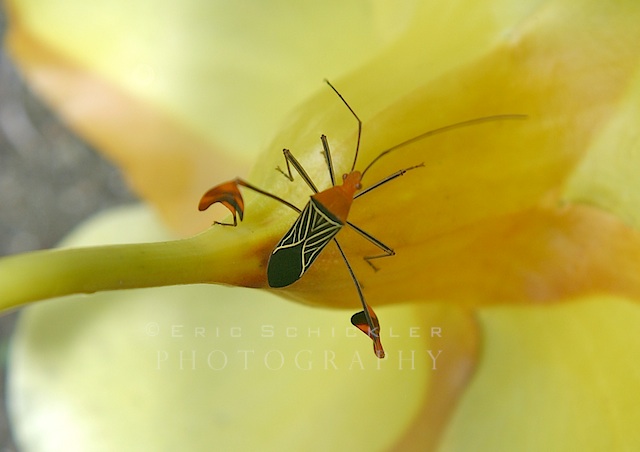 The Happy Planet Index measures how much of the Earth’s resources a nation uses and how long and happy a life the country’s citizens enjoy.

The three criteria for measurement are: Life Expectancy, Life Satisfaction and Ecological Footprint.

Costa Rica is also the greenest (most environmentally conscious) country in the world according to this study. 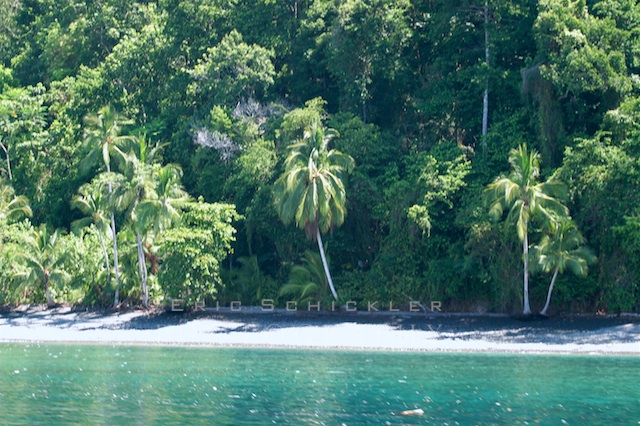 The 2010 International Human Development Index (hdrstatshttp://hdr.undp.org/en/humandev/ ) ranks Costa Rica at #62 out of 169 nations. This places it in the “HIGH” category at a 0.73 index level. (The four categories are: Very High, High, Medium, Low). 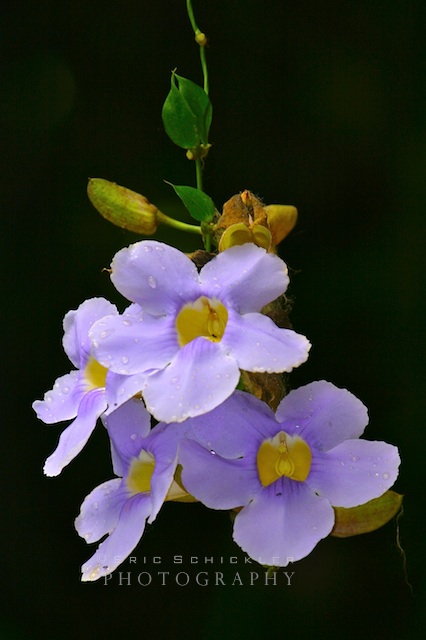 While most Costa Ricans (70%) are Catholic, the official religion, people are accepting of all faiths. Protestants constitute about 13%.

No wonder the nation’s residents have been categorized as “the happiest people on earth,” based on their view of their overall quality of life. As a result, some areas of Costa Rica boast the world’s longest-living people. Healthy lifestyles, spirituality and lack of stress obviously have great benefits. 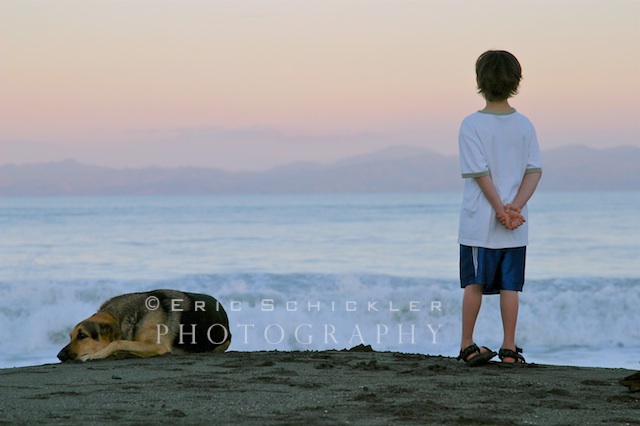 They invest heavily in theater, cinematography, and are crazy for futbol (soccer). In most towns, the futbol pitch (field) is at its epicenter.

Almost all villages are equipped with all the basic public utilities and services for residents: schools, electric power, water and phones.

Spanish is the official language, but schools require students to be bilingual. English is the most common second language because it is most often used by visiting tourists, followed by French. Creole, a kind of Jamaican English, is the unofficial second language on the Caribbean coast. 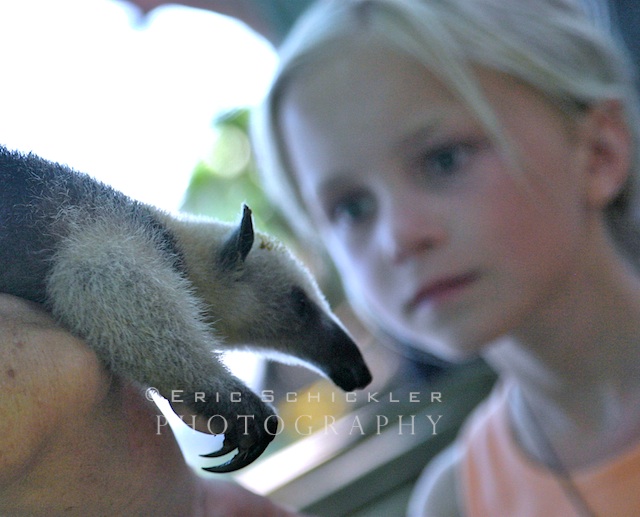 Tourism is big business in Costa Rica. Nearly a million foreign tourists come here annually, spending about $1.3 billion. Unlike most Central American destinations, prices are higher for almost everything due to the higher standard of living. But, hey, it’s worth it—you can drink the water and eat the foods without fear of stomach ailments!

The geography is characterized by rugged forested mountains and the continental divide in the center, coastal plains, volcanic regions, dry forests in the north, and lush wet forests in the south.

It doesn’t take long to catch on to the Pura Vida spirit in the natural areas of Costa Rica.

Its popularity as a vacation destination is growing annually, attracting people from all over the world.

If the complete aura of peace and tranquility doesn’t wrap your mind, body and emotions in a comforter, the Pura Vida friendliness and contentment of the people will. 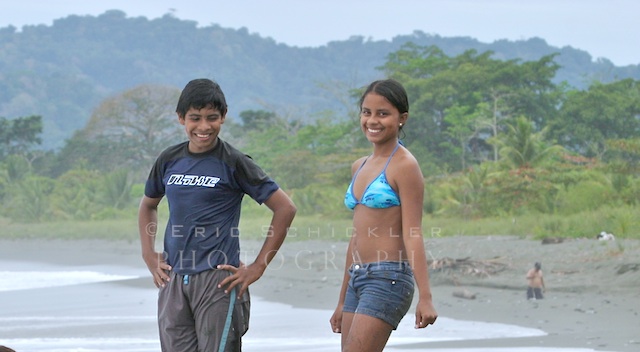 All photos, text and artwork seen here (unless otherwise noted) is copyright-protected and the exclusive property of Eric Schickler Advrenture Photographer.  No downloading, use, reproduction, manipulation, sale and/or distribution permitted without express written consent.