I had a near nightmare driving to work in December 2012. It was an icy and snow-packed road in the mountain valley of Lake Creek, Colorado.

I was a tad late leaving for the ski resort to teach kids in ski school, and definitely moving too fast in my Toyota Camry sedan, which has no four-wheel drive, and had some nicely-worn tires at the time. I was cruising down a slight hill and entered a gradual, deceptive curve. 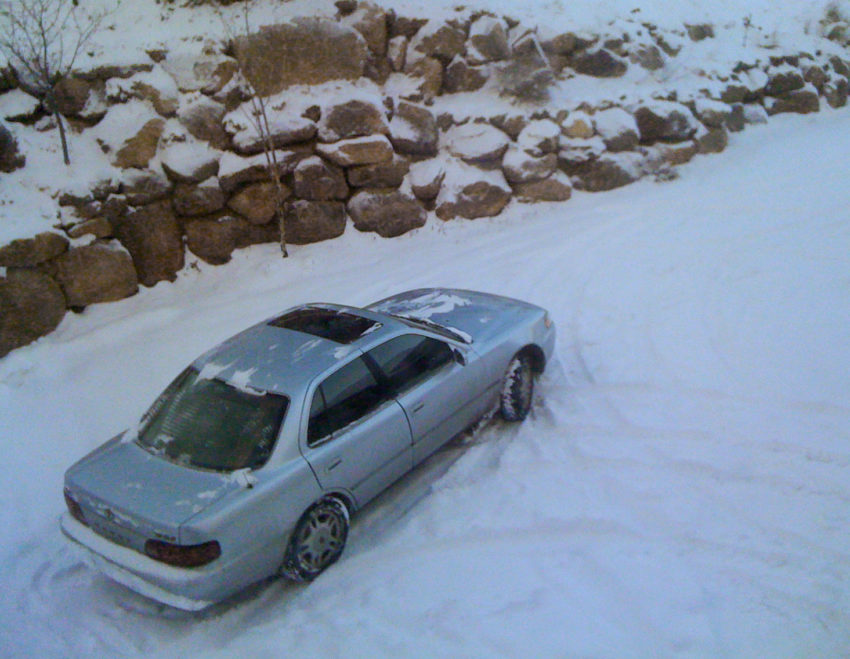 I suddenly realized I was in peril as I finished the curve. My speed and the forces of physics had done me in. There was no way to reverse this reality. An object that is in motion tends to stay in motion, especially when friction is nowhere to be found. The rear of the car started wavering — a bit left, then a bit right. I peered ahead to survey my prospects for recovery and survival, or a dastardly doom. Gasp! Oh no. Here come two cars toward me on the narrow, winding road.

I do all I can to use my Upstate NY driving skills to control the horizontal skidding motions, and somehow hold the car onto the road, just getting past the two oncoming cars without slamming head-on into either one of them.

But the evasive maneuvers only fueled the wavering, and on the fourth swivel, around she went–into a full spin. “Holy Moley, this is not good. It’s been a very long time since my last auto accident, but I remember this feeling.”

Resigned to feeling the worst on impact, I checked to make sure I had put on my seat belt (Yes!), braced for landing, and realized I was heading backwards into a slight ditch. Pow! Kerphlumph. Then quiet.

“Am I alive, Mildred? Am I? Yes…. I can feel my fingers. That’s a good sign, despite the very white knuckles.”

Luckily, there was enough snow and the ditch was shallow where I happened to land. I was very lucky. There were several obstacles along the ditch:  a tree, a few large rocks, an electrical utility box, and deeper ditch drops, before and after where I landed. Had I gone off the road earlier or later, I could have hit one of them, then flipped the vehicle. But even worse, while still on the road, I could have spun broad-side or head-on into one of those other vehicles, hurt someone and/or myself, and/or significantly dented my wallet.

I said a few prayers of thanks to my maker and protector. I had dodged a big bullet, and I knew it. As a friend told me later: “You’ll never do THAT again, will you?” Nope. At least not on that road.

I was able to laugh at the silliness of my actions, and at how I felt like a teenager in his first winter of driving. My ski school supervisor laughed even harder when I told him why I was late for work. In addition, I often imagined the snarky, wise-ass comments other passers-by might have made upon seeing the accident scene.

Looking on the bright side, I did for a brief moment reflect on my skilled evasive driving maneuvers when disaster and possible injury to myself and another was imminent. All those winters in Upstate N.Y. did teach me a few things. Then I got humble again really fast.

I learned a stark lesson, and have given much more respect to this road ever since. My lesson was driven home daily, for three weeks after my mishap, every time I passed by the indentations in the snow in that ditch. It never snowed enough during all that time to cover up the evidence of my embarrassing blunder. I think that happened by design.

After the continued embarrassment, I started praying for snow to erase the “scene of the crime” from everyone’s view, especially mine. I had learned my lesson.

Here’s the Camry imprint in the ditch, after a very nice neighbor pulled me out on that cold, slippery December morning in Colorado. 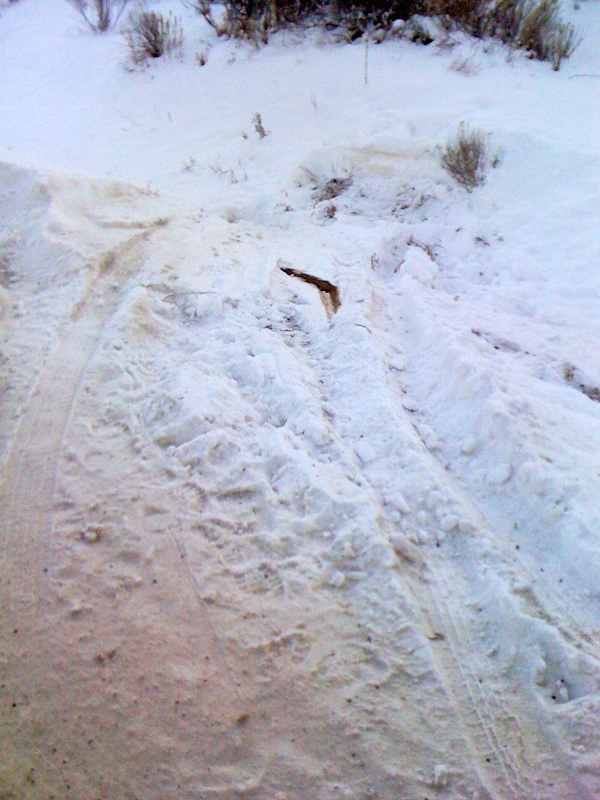 Site of the mishap.